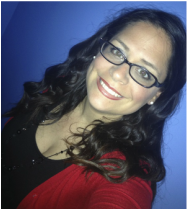 I'm a stateside Boricua living on the East Coast. My parents came to the City of Brotherly Love when I was in utero. My mom was born in New York but moved back to Puerto Rico with my abuela when she was in the seventh grade.  My abuela migrated to New York when she was just 15. She stayed 17 years in all but once she moved back to Puerto Rico she never again moved away from her beloved island where she is to this day. My dad was born in Puerto Rico but travelled around the US and Europe while my Grandpa served in the US Army. He eventually moved back to Puerto Rico for high school and stayed another decade until he left for Philadelphia. Three of his sisters, their children and my abuela still live in Bayamon. Both my abuelas have a ridiculous amount of siblings and cousins, so when I travel back to Puerto Rico, my dance card is full of family visits and lots of glasses of Coca-Cola wrapped in a napkin.
How you wonder, did I become obsessed with genealogy? Well, all my life, I have been digging up my ancestral roots in Puerto Rico. My mother's and father's families alike were simple country folk, jíbaros, that didn't leave a written lineage nor much of an oral one either. Growing up in the states left me more curious than I otherwise might have been had I lived on the Island of Enchantment. Whenever I spent summers there, I made the most of my time. Home in Philadelphia, I would be sure to pack a long, yellow, lined pad of paper from my father's office and plenty of #2 pencils. Once on the island, I'd give my mother a list of questions to ask my relatives in Cidra and furiously write as I listened in. In Caguas, I'd endlessly ask my cousin Betty about where my Great-Grandfather's family came from: Canary Islands? Spain? Venezuela? In Ceiba, I'd watch all my little Titis bustle about fussing over my seemingly ancient Bisabuelo with the missing finger who died when I was in high school. I was just fascinated by the various skin tones and heights of my relatives. Tall, creamy colored, green-eyed women on my mother's side. Miniature, caramel and blue-eyed farmers on my dad's. We all looked so different yet all from an island smaller than Connecticut.
We all spoke Spanish, all had Spanish Christian names but we obviously had different genes. Who exactly provided those genes? I was always dying to know. Every Boricua knows in theory at least, that they're a mix of Spaniards, Tainos, and Africans (which by the way, was just "proven" to be the perfect human. You can read articles and about the research study here.) But questions on how and when this occurred remain. Some of my personal findings came from my investigations of family and documents but I was able to confirm my deep heritage through DNA. And low and behold I discovered that indeed the theory held true for me! After testing through several sites, I am most certainly a mix of European (Spain, France, Italy and Britain), Amerindian (Taino), African, and Middle Eastern. This information has led to my next quest of deciphering the DNA and associating it to the ancestors I have verified. ( I will address this on another page.)
So it's been pretty much my whole life that I've been digging around my grandmothers' closets looking for photos, listening to stories, taking pictures, and reading...lots of reading. I was quick to discover that published research in English about Puerto Rico pre-1898 was scant at best. Once I could read in Spanish, there still were not many good and thorough resources. With the advent of the Internet and just time going by, there is more now than ever but still so much left unwritten. I have learned a great deal and shared with my family ad nauseum so after all this work I decided that I should share what I've been able to piece together.

This website is not comprehensive in everything available for genealogy enthusiasts, I only am listing resources I am familiar with and that I have found most helpful. Over the course of time, as I continue my journey, I will continue to add to the website. What is included now, is because I know there must be some other history and genealogy geek like me that would love a resource to begin with to get going. I hope you enjoy and find some useful tools in your quest to dig up those Puerto Rican raices...
Recently, I was featured in an article for Google celebrating Latino Heritage Month!
​  Latino genealogists use Google to search for their roots

What else do you want to know about? 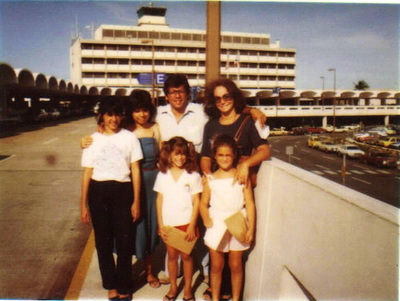 Holding a photo of Menudo with my paretns, titis, and cousin ~ Carolina, Puerto Rico 1983 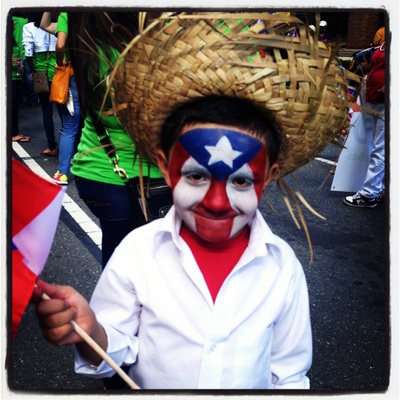 A student at the Puerto RIcan DAy Parade ~ Philadelphia, 2013 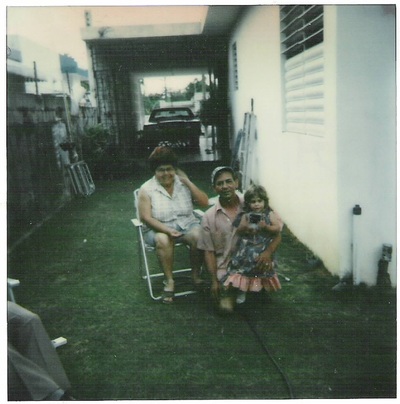 Me with my paternal grandparents ~ Bayamon, Puerto Rico 1978

"What I can tell you is that for Puerto Rico being such a small island, it has culturally impacted the entire world." - Fat Joe