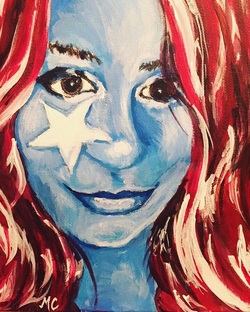 "La Puertorriqueña" painting by Mindy Carrera 2016. Subject is the author of this web page
Puerto Ricans from the island often use the term Boricua to describe a person from Puerto Rico. If you are around my age (38), you may have heard J.Lo yell it when she reminded up she was still Jenny from the block (3:05) or when Big Pun describes the kind of girls he likes (2:54). Boricua comes from the Taino name for the island: Borinken (there are various spellings). As a Boricua, I always knew that everyone that came before me for a few generations was born in Puerto Rico but I always wondered about who came before them. There are so many different colors in my family. I have a cousin with blond hair, green eyes and caramel skin whose sister has toffee colored skin, brown eyes, and black hair. Three of my great-grandparents had blue eyes, both my grandmothers have green, I have hazel, and my son blue. The genes we carry may be hidden in some generations and appear when it is least expected. My daughter has an orange tint to her hair and skin as fair as the fictional Snow White. There is no physical resemblance between us besides our eyes color and hair. How does that happen? I find it endlessly fascinating. Puerto Rican genealogy is rich and diverse. While Boricuas may find solidarity in our shared heritage and culture, our genes tell a very different story. Our skin, hair, eyes, surnames all may provide a hint as to where our ancestors came from but they certainly do not tell the whole story.

Every Boricua knows in theory at least, that they are a mix of Spaniards, Tainos, and Africans (which by the way, was just "proven" to be the perfect human. You can read articles and about the research study here and here). Recently, National Geographic published a study confirming that current Puerto Ricans have a significant amount of Taino DNA. Read about here. But the questions remain for all of us: Could the Europeans have been other than Spanish? When did they get to the island? How did they travel up these dirt roads into the towering mountains and build a life? How and when did they become Christianized if they were Jewish or Muslim? How much mixing happened between the Tainos, Europeans, and Africans? When? How did their names change to Spanish?

I have discovered that my family has been on the island since at least late 1700's. That is at least three centuries! As a history teacher, I always put things in a historical perspective... Thus, it means when Thomas Jefferson was President of the United States my ancestors were already creating a life in Puerto Rico. In the political landscape of 2015 when the news is covering immigration reform and everyone seems to have an opinion on social media, it occurs to me that most of my friends here in Philadelphia don't have roots in the Western Hemisphere before the turn of the 20th Century. When I see posts that immigration should stop I cringe at how quick people are to deny their own ancestral story. They are so willing to forget that their great-grandfathers were once walking off a boat in an east coast harbor looking for opportunity. It encourages me when I watch Who Do You Think You Are? or Finding Your Roots because I think that mainstream people need to see the stories of their favorite celebrities to maybe awaken their interest in knowing their own history. But I digress, back to how I figured out my family has been in Puerto RIco for over 300 years! 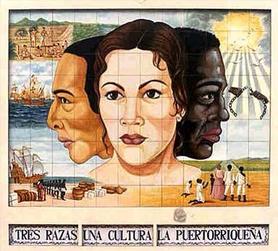 Mural in San German, Puerto Rico
Most of my discoveries came from my investigations of family members and documents but I was able to answer the questions of my deep heritage through DNA. This has helped me to begin the search over the Atlantic. My son and I were tested which helped me to see how genes are passed down. And low and behold I discovered that indeed the theory held true for me! After testing through several sites, I am most certainly a mix of European, Amerindian (Taino), and African. However, it is more interesting than just that. This information has led to my next quest of deciphering the DNA and associating it to the ancestors I have verified. Using research of surnames and given names along with the DNA, has helped point me in the right direction of where to search next.  My mother and maternal grandmother are testing next and these results will really help me to decipher from where the various strands of DNA have been passed down.

I used Ancestry, FamilyTree DNA, and Gedmatch. After hours and hours of making and comparing excel spreadsheets, I came up with a pie to represent the averages of all the information gathered from the two testing sites and Gedmatch. Ancestry and FTDNA gave me a pie chart with results. GEDmatch is a free non-profit utility website. DNA testers can upload DNA test results from AncestryDNA, FTDNA and 23andme to compare with a large existing database of test results. GEDmatch uses a slightly different algorithm for the comparison so some additional matches may be available, as well as different views of the comparisons. This can also provide contact information for some matches. Its results are much more specific than the aforementioned testing websites, which is endlessly interesting but not necessary if you just wat to see the major regions around the world that have contributed to your DNA. Here is an explanaition of how to use Gedmatch.  I have listed a few sites below to check out that will flesh out the regions a bit. Each testing site uses different systems so some of the areas included in their "regions" may be slightly different but barring any outliers (someone from China or Australia perhaps), the results should be fairly easy to make sense of. I will outline my thoughts of my own results below. 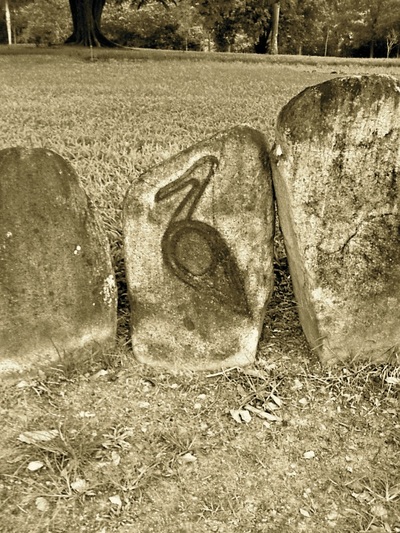 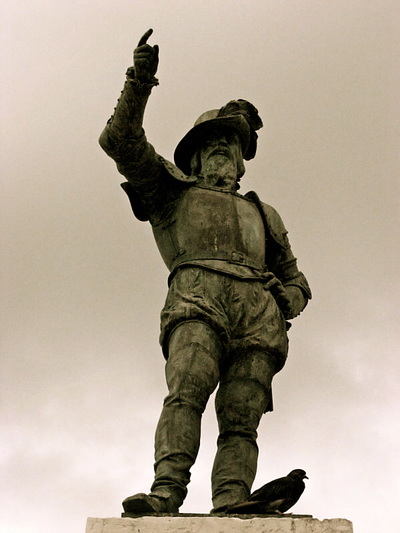 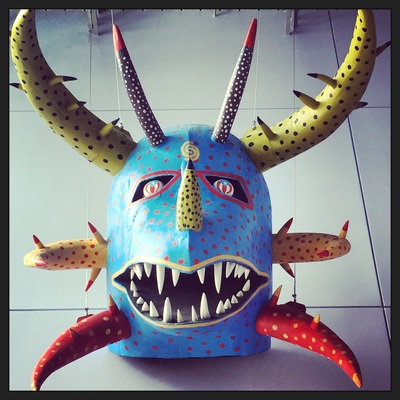 I received my first results from Ancestry.com before 2015 when I began this site. I originally had those results here but they are so obsolete at this point, I took them down. As time goes on and technology advances, companies will be able to update and get more specific as more indigenous peoples are tested around the world and I will continue to post the changes of my results. Here are my results from 2019 ethnicity estimate from Ancestry.com. Looking at my results to the left you can see that the European, Native, and African mix is a bit more complex than just a mix of the three.

Ancestry.com recently did an update of DNA ethnicity estimates in 2022.  The results are quite different. Sardinian and Italian disappeared and Basque appeared none of which surprised me. It seems more accurate to what my paper research has revealed. 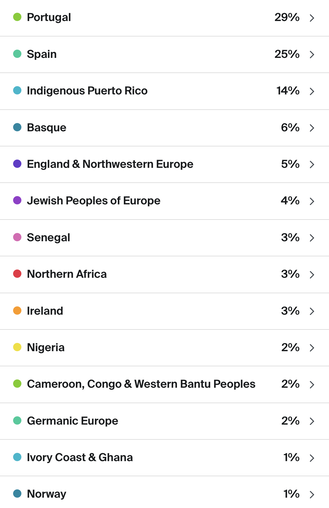 Portugal & Spain - This basically stayed the same. Northern Africa - Based on the history of Spain, this probably is from the Moors who ruled Spain for 500 years. These Moors were Berbers from North Africa and Arabs.
West African - Added up it represents 8% of my total which stayed about the same as before.
Jewish Peoples of Europe - I do have a branch of my family from Ceiba from a direct line of females that are practicing Jews so this is no surprise. It seems that the sons (where my line decends from) did in fact convert or just left religion altogether. The region title is interesting but it's ok because of all the other facts I have, I can conclude that they were Sephardic Jews.

If you have done a DNA test, you've certainly been "matched" to other testers. This chart is extremely helpful in understanding how those matches may fit into your real family tree. Please be careful of false positives! Over the past few years I have seen so many people get caught up in connecting with matches and believing the theory that Puerto Ricans are all related but this is just not accurate. Because the population of Puerto Rico is small and the number of immigrants that populated with the natives and slaves is finite and of course, people mated with other people front he island with similar DNA backgrounds, testing company algorithms match us all as distant as cousins. This article explains false positives of small segment matches not particular to Puerto Rico. However, Puerto Rico (and other small island populations) will experience more of this phenomenon. The numbers are in relation to centimorgans. 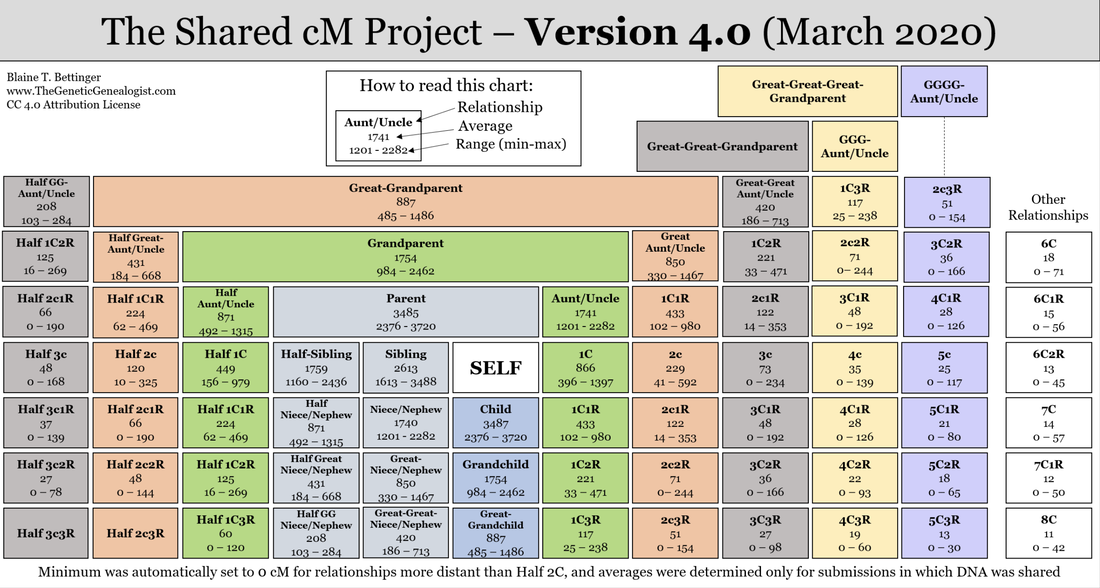 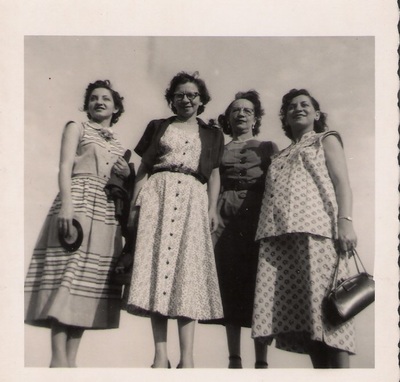 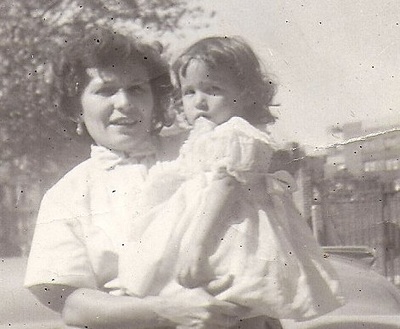 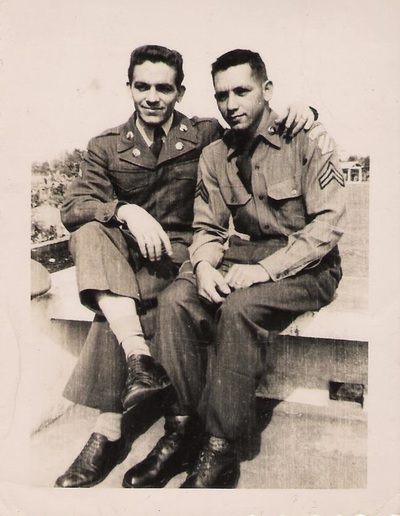 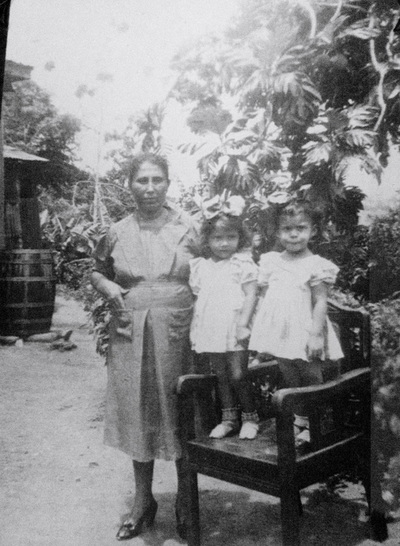 I'm half Puerto Rican and half Jewish and so, in some ways, living in many worlds at once is where I feel most at home. ~ Quiara Alegria Hudes